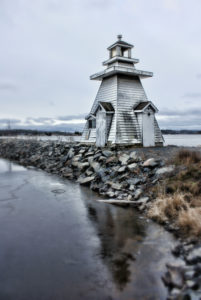 I have been published many times in the Northern Life in Sudbury as well as the North Bay Nugget in North Bay along with several online Photography Magazines. One of my photographs was used for the cover of the 2014 (June) Yellow Pages Phone book for the Sault Ste. Marie/ Elliot Lake and Algoma District.

I have my work at the Craft House in Espanola, Timber Village Museum in Blind River where I also did a solo show in the spring of 2014 called “Route #17.”

I have been a participating artist at the “Gallery at the Centre” in Elliot Lake for many years located at 152 Ontario Street, Elliot Lake, Ontario

My work can also be found at The Create Hive in New Sudbury Shopping Centre, Sudbury and Northgate Mall in North Bay, Ontario.

I have been a participating artist in the Manitoulin Art Tour in 2015, 2016 and 2017 in Little Current, Providence Bay in 2018 and Gore Bay in 2019. Juried into the LaCloche Show in 2015, 2016, 2017 and 2018 in Whitefish Falls, as well as being juried into Art on the Dock Artisan Show in Hilton Beach, St. Joseph’s Island 2018. My work won 1st and 3rd prize in the Digitally Enhanced Photography category at the Massey Museum Art Show (Jessie Burnside Art Show and Sale) in the summer of 2016 and again this year my work won 1st, 2nd and 3rd price as decided upon by the viewing public. Also my work won two awards at the Centennial Museum of Shequaindah on Manitoulin Island in the 2016 summer art show and 1st price in this 2017 show in the Photography Category. I have been a featured artist in the Sylvan Circle Tour in Bruce Mines as well as a featured artist in Arts on the Trail in Elliot Lake, Friends of Killarney Park Art Show/Sale in Killarney, Ontario, Art Under the Pavilion in Couchiching Park, Orillia, Ontario.

I was one of 19 juried photographers to take part in the inaugural PHOTOWALK at the SNOLAB. (SNOLAB is a Canadian underground physics laboratory at a depth of 2 km in Vale’s Creighton nickel mine in Sudbury, Ontario.) A selection of our photos were featured in a Exhibit hosted by the McEwen Architecture School, Sudbury, Ontario. And will be on tour and exhibited across Canada in several universities.